Great to have you visit! We can't wait to meet you.

We work with some really great companies. Take a look!

EMC is active in more than 60 consortium regions across Canada.

Our experienced, knowledgeable and diverse team is here to support you.

Looking for a career in a fast-paced and exciting industry?

If you are a Canadian manufacturer, please join us for an upcoming event.

Join our peer-to peer networking events to leverage your knowledge.

See the results of our recent, responsive manufacturer surveys.

Stay up-to-date with industry news and other hot topics.

Grow your business through finding qualified B2B resources across Canada.

Proudly showcasing members and how they contribute to the sector.

EMC has training solutions to ensure all employees are successful in the workplace.

Our portfolio of industry-driven initiatives is growing. Everything manufacturers need, all in one place.

Looking for a career in a fast-paced and exciting industry?

Join the fastest growing network of manufacturers in Canada!

Proudly showcasing members and how they contribute to the sector.

Micro-credentials focus on rapid training and verification of industry-approved skills and competencies.

EMC is here to support you. If you have any questions, big or small, please reach out.

Education and Reward – A System of Power

The idea behind education and reward is to first ensure that your workers are educated properly in the procedures that need to be followed and then to reward them for following those procedures. Let’s discuss the education element first. 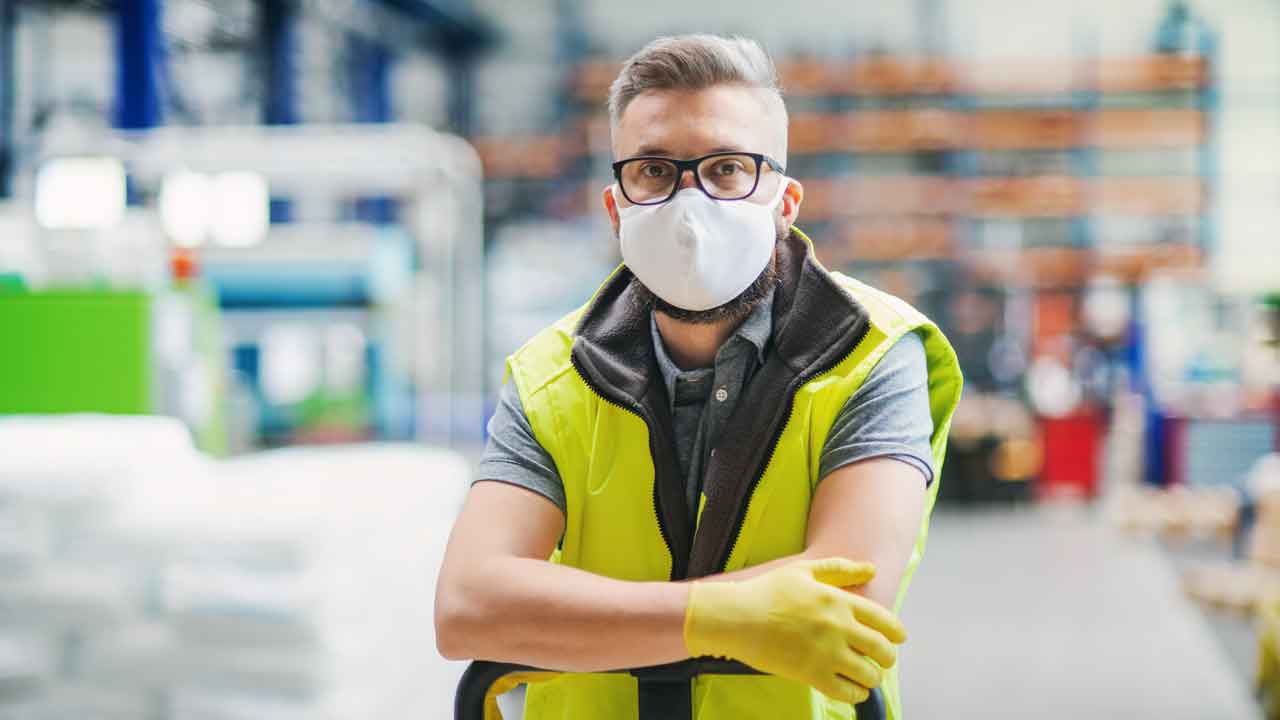 In the 20+ years of my career, I have been a part of many workplaces that see health and safety as something that has to be done, not as something that should be done. Think about this for a second; we know that there are legal mandates in Canada that require workplaces to do and have certain things in place, but why is it that many workplaces don’t want to do them? In most cases, it comes down to the almighty dollar and the human factor.

The idea behind education and reward is to first ensure that your workers are educated properly in the procedures that need to be followed and then to reward them for following those procedures. Let’s discuss the education element first. This element involves setting the expectation first. There are many policies and procedures that workplaces must-have, but not all will need to be communicated to workers. A common term for a procedure that does need to be discussed with workers is ‘safe operating procedures (SOPs). SOPs are procedures that correlate to a job that a worker performs; for example, a welder should have SOPs for welding. These SOPs will outline the proper steps to follow and precautions to be taken for that worker’s protection, such as wearing PPE (personal protective equipment) or using a ventilation system. The SOPs must be written in a way that makes sense to the worker. To summarize, when creating these SOPs, review them with the workers that are currently doing the job; worker input will increase the likelihood that the SOP will be followed.

Once we have educated them, you need to verify the staff understands what was taught. This can be a quiz, a Q&A session, or a practical demonstration. Don’t forget that you need to document everything. At the very least, there should be an attendance sheet signed by each worker for each session, which helps demonstrate the training was provided and understood.

Now that we have covered the educational piece let’s look at the reward.

I want you to think about dogs. Any dog owner will tell you that food is used as a reward to complete a learned behaviour. Now, how does the dog learn that behaviour? The answer is simple; it is taught to them and repeated over time until it becomes a habit. Does the dog want to learn this behaviour? Likely not, so what forces them to? What do they get out of it, and in turn, is their encouragement? You guessed it, a treat (usually food).

Humans are not much different in this regard; not that I’m implying that we’re dogs. When humans are offered a reward, it introduces a neurological response in our brains that feels good; when something feels good, say eating your favourite meal, you want to do it again, hence the reason it is your favourite. So taking into account how humans respond to rewards, could this same logic be applied in the workplace to increase participation in workplace safety and improve the overall safety culture? As I have done this in the past, I would say an overwhelming YES!

Like many other things, a reward cannot be given unless the work is put in first; if you give a dog a treat but don’t have them complete a task first, the treat (reward) is not a treat. Essentially a performance/participation-based reward system is best. Now, before the work can be put in, we must educate. If workers don’t know what to follow, they can’t earn the reward that may be available.

Now, rewards aren’t just about feeling good about participating in something; if this was the only reward, there are still many that wouldn’t follow the SOP. Let’s think outside the box. To do this, you first need to know your workers, and what matters to them. As an example, let us say you are talking to a worker named Pam about how things are going, and Pam tells you that things are going great at work, but she is tired because of how busy it’s been and has been working consistent overtime. Now let’s evaluate a suitable reward. If Pam is tired, how do you think she would respond to a paid day off beyond her vacation entitlement? I would say that a reward of this kind would be well suited. If this were the reward that Pam could earn for following a procedure, would she be more likely to follow it?

Let’s look at another scenario. Another worker, named Joe, tells you in casual conversation that things are tight at home, especially with how the cost of goods has gone up due to the pandemic and global inflation.

Now, what would be a suitable reward here? How about a gift certificate to a retail store, perhaps for groceries, or a cash reward? If Joe received this reward, do you think he would be encouraged, maybe even happy?

Both of the above scenarios are only examples of rewards, but it is important to remember that a reward that no one wants is not a reward; a reward someone could use is one that’s sought after by many. Now, why should you implement a reward system in your workplace? The answer is simple: if you want workers to be compliant and safe, give them an extra reason to be, and encourage them with an incentive. Of course, it is part of their job already, but why not go beyond that. Does this mean that a reward should be given for each procedure or set of rules a worker must follow? The answer is no, but an occasional incentive can go a long way.

We’ve all heard of the employee of the month awards, and many workplaces still do this, so why not have a reward system that rewards a worker for following a safety procedure without issue, reporting a hazard, providing a safety idea, reading a safety magazine, etc.? Perhaps workers that go all month without any incidents get their name put into a hat, and at the end of the month, a name is drawn from the hat for dinner and a movie on the company. It’s a matter of creating reward criteria that would be considered palatable in your workplace.

The reality is that these types of rewards don’t cost a company very much when you add them up, but the return they bring, in terms of improved safety culture, productivity, and worker retention, is ten-fold. In business, people are our number one asset. Without people, we have no business, so it’s important to do whatever you can to encourage, educate and reward.

As said by Dr. Stephen R. Covey, “Always treat your employees exactly as you want them to treat your best customer.”

Stay up-to-date with industry news and other hot topics!

Privacy PolicyTerms and ConditionsContact Us
Become a MemberEventsCareers
Your email has been sent!

Your email has successfully been sent, we will get back to you as soon as possible!

© EMC Canada 2022
Expertly made by BlackBean